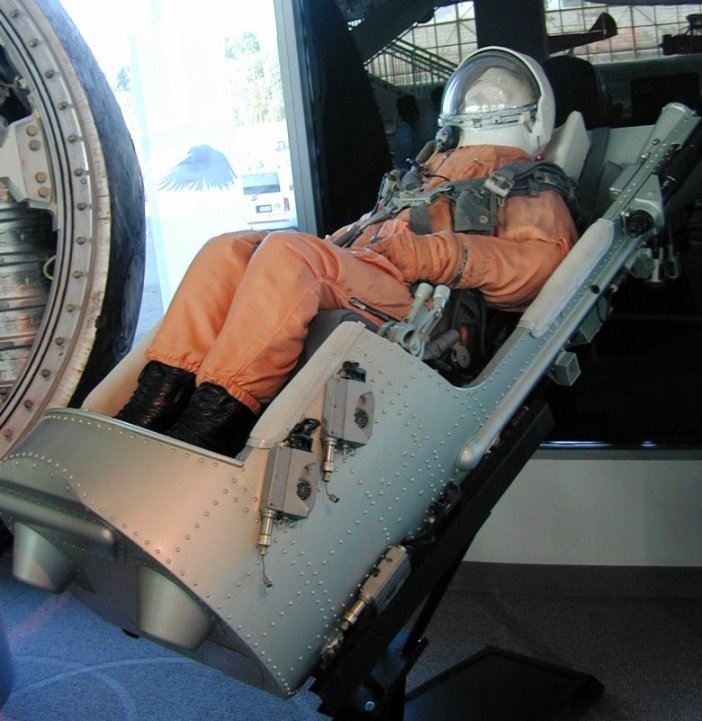 The Vostok capsules used in the earliest Russian human space flights used ejection seats for final recovery of the one man crew. The cosmonaut would reenter the atmosphere in the capsule and descend under parachutes to an altitude in the 6000 meter range before ejecting from the capsule and descending under a personal parachute pack. This system was designed by Zvezda. The photo above shows an example on display at the National Air and Space Museum photographed by Chris Woodul. It is of interest that certain controls were mounted on the seat assembly. Also the somewhat rectangular boxes on the bottom of the assembly (three are visible, two together and one under the curve) are standard Russian PPK mechanical/barometric timer units, used on most of the Zvezda seats, as well as for personal parachute packs.